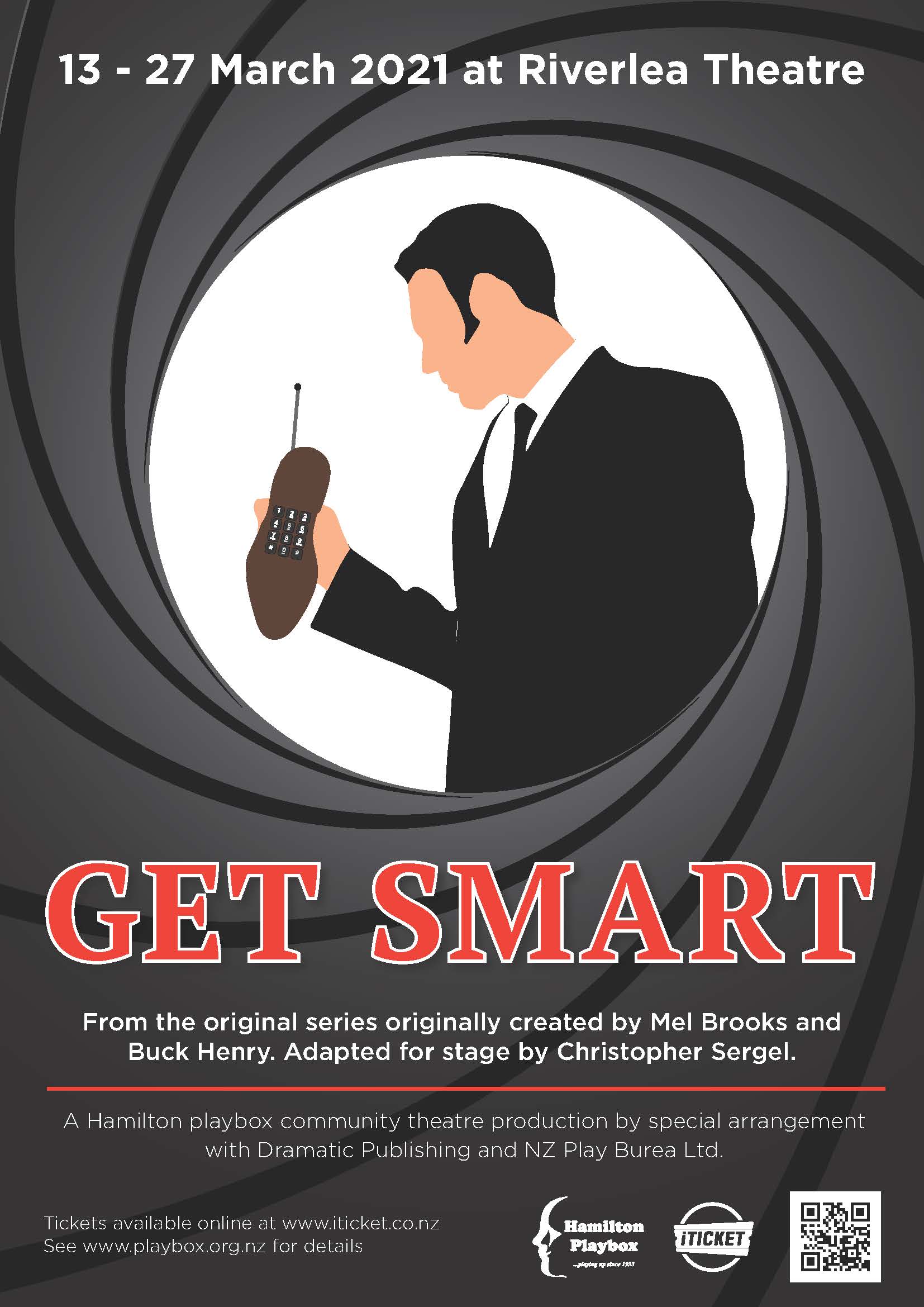 Adapted by Christopher Sergel,
based on the hit TV show by Mel Brooks and Buck Henry.

Smart is off on a bizarre new case in which he must stop the sinister organization known as KAOS from their most shameful plot.  Their plan this time is to prove their power by blowing up the Statue of Liberty!  This is too much, and Smart springs - perhaps we should say stumbles - into action.  Magnificently assisted by beautiful Agent 99, Smart proceeds from one gigantic blunder to another - each, however, somehow turning into a master stroke.  The ultimate parody of Secret Agent stories.

Maxwell Smart: (m) One of the top agents working for Control, Max is comically clumsy and reckless.  Through a combination of luck, resourcefulness, and a good team around him, Max always rises to the occasion and saves the day.

Agent 99: (f) Another top agent for Control, 99 is Max’s sidekick.  Although she is proven to be a lot more competent than Max on many occasions, he still manages to walk away with the credit.

The Chief: (m) Head of Control, Chief is responsible for overseeing all operations.  While he is fond of Max and 99, he is also often frustrated with Max’s clumsiness and behaviour.

Mr Big: (m) The head of KAOS, the international organisation of evil.  Mr Big is determined to disrupt order and bring the world to its knees – possibly to make him feel better about his small stature.

Garth: (m) Mr Big’s Lieutenant – a large and muscular man who is more brawn than brains.

Princess Ingrid: (f) A Swedish princess visiting America.  Ingrid is young, beautiful, and vibrant.  She and Max know each other from when he saved her father some years ago.

Professor Zalinka: (f) One of the professors working on the Inthermo, a superweapon which must not fall into the hands of KAOS.  Zalinka is stern and serious and has very little patience for her students.

Agent 44: (m) A Control agent.  44 is very emotional and not very effective at his job – he is prone to break down and cry when faced with a challenge.

Hodgkins: (m) Another Control operative, Hodgkins is responsible for making all the gadgets and tools used by the field agents.  He is often irritated that Smart does not take him seriously, and often misuses his gadgets.

The Wong Sisters: (f) Mary, Betsy, and Shirley Wong are KAOS agents working for Mr Big.  They are masters of hand to hand combat, and wholly loyal to Mr Big – though it is highly likely they have been brain-washed.

There are several smaller roles available, as listed below.  Please let us know if you would like to specifically audition for one of these.  Please note some of these roles will be doubled up/played by the same actor:

Professor Dante – another professor working on the Inthermo device

Man and woman at bus station

Big sister/Little sister – at bus station, and later at a restaurant

Agent 13 – Another Control agent, often found hiding in unusual places while on the job

4 blondes – kidnapped by KAOS as part of their evil plan